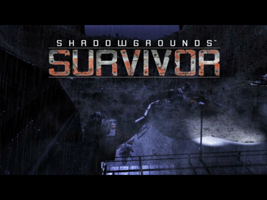 I can’t get Shadowgrounds: Survivor to work.

It seems from the Steam and Frozenbyte forums alike that there are wide variety of crash problems associated with this game. I followed the official FAQ advice: installing various things it thought it might need, then reinstalling the game, then validating the downloaded files, etc. etc., at each stage of which I was encouraged to try it out anew. I got to see my computer freeze to death four more times. After a while I feel like a sucker. Fool me once, shame on, shame on you, fool me, you can’t get fooled again.

Okay then! I’m not gonna run at this football anymore without a signed document.

I’ll type up the credits here if I ever play the game. Be sure to check this entry every day for the rest of time, to see if I came back and played the game after all!