written and directed by Samuel Fuller 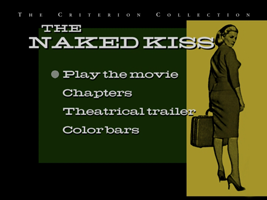 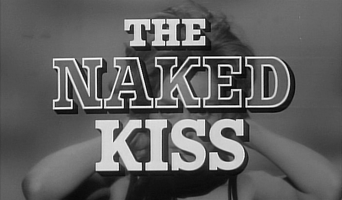 This is a very dated, very B movie from 1964. Criterion doesn’t quite say so outright, but it seems clear that this movie is being offered up to present-day audiences so that we might say, “Whoa! This is crazy and wild and surreal in some weird 60s way!” I think this movie has been kept in the public eye by people who think it’s an “it’s kind of amazing!” type of artifact, if you know what I mean.

I don’t deny that it’s a strange movie. It’s erratic in terms of tone and content and technique, and it freely wanders beyond the bounds of taste in many different directions. It is basically riddled from top to bottom with stylistic “errors” — so densely that it begins to feel mysterious and foreign, like maybe it’s actually a forceful and cohesive work by an alien. The lack of good judgment is so thoroughgoing that one’s mind goes seeking for some deeper, weirder guiding principle. And yeah, if you let yourself get lost like that, you can have an “it’s kind of amazing!” experience with this movie.

My problem with it is that I didn’t get very lost. Its weirdness wasn’t quite mysterious enough to revel in; I basically knew where it came from and what each of its pieces was, and why. Its misjudgments are specific to a certain time and place and culture; in their proper milieu they may still have been misjudgments but they probably weren’t particularly striking.

It’s sort of like a piece of folk art. I’ve never been all that affected by folk art, for this same reason. Generally, whatever peculiar aesthetic power it has is too obviously unintentional; I can’t help but be aware that the most interesting juxtapositions are inadvertent symptoms of the artist’s environment (and personal shortcomings). I suppose in a really exceptional piece of folk art, the force of the aesthetic effect would be so great that it is indistinguishable from an intentional effect. That’s a very rare thing. Maybe Henri Rousseau qualifies, but that’s exactly why he’s not thought of as a folk artist. Anyway, I didn’t think The Naked Kiss rose to that level.

I read a guy’s essay online where he was essentially saying that for him, The Naked Kiss does rise to that level, that its peculiarities form a mysterious and transcendent whole that enraptures him with inscrutable dream emotions. I absolutely sympathize with the phenomenon and I can see how this movie might offer it, for some people. But not for me. I just didn’t think it was quite idiot or quite savant enough to escape being merely a dated pulp confusion. I get who this filmmaker was and what was on his cluttered 1964 mind.

Apparently some French filmmakers of the era thought Samuel Fuller was a fascinating auteur because his movies felt so archetypically American. I think that’s probably because work that doesn’t make sense on its own terms is more purely the sum of its received terms; an artist who is only a muddle-headed product of the prevailing culture feels like the distilled essence of that culture. Bad jazz often sounds more like the concept of “jazz” than good jazz, because good jazz always sounds specific; mediocrity offers fewer distractions. I recognize that this movie, in its primitivism, does offer that kind of raw cultural transparency. But I feel like it’s important not to confuse a cipher with a visionary. Samuel Fuller may have made confused movies, but unfortunately, he doesn’t seem to have been the least bit nuts.

That’s all my justification for why I don’t think this is a work of lasting value. But as something to watch once, was it divertingly unpredictable? Absolutely. And in the moments when I was caught off guard by aesthetic whiplash, I did have glimpses of the “it’s kind of amazing!” experience. Then they would fade, as soon as I steadied my head and figured out what sort of garden-variety foolishness I was really dealing with.

I guess you wanna know what the movie is about. Ugh, fine. It’s about a hardened prostitute who, after looking in a mirror and touching her face, decides to go straight and become a nurse in a small town, at a hospital for handicapped children. She fights prejudice and the forces of immorality, and finally finds love with the richest, biggest-hearted, weirdest-looking man in town… but then (spoiler? alert?) walks in on him molesting a child, and, while in shock, kills him with a single whack of a telephone receiver. The police don’t believe her when she explains that he was a child molester, because she was a prostitute, but then the child in question is finally located and cheerfully says oh yes, yes he was. Thus exonerating her in the eyes of the town.

So you see it’s a combination of pulp morality, like an afterschool special, and pulp sordidness, like a paperback with a painting of a woman in a slip and the shadow of a gun on the cover. There are other elements in the mix too — including pulp “class,” in the form of gratuitous references to Beethoven and Goethe and a faraway-look talk about the wonders of Venice — but they all have in common that they would have been second nature to an enthusiastic, unselfconscious middlebrow hack circa 1964. The visual style follows directly.

As is typical of pulp, the title is mostly a lurid non-sequitur — but the film does eventually attempt a sort of explanation. Just after our heroine has fallen into her first kiss with the creepy man of her dreams, she briefly pushes him away with a troubled look in her eye, as though sorting something out for herself… before smiling again and letting passion take them where it will, pan to her curling toes. In watching the scene I assumed that she had to realign herself inwardly to actually enjoy a man’s touch for the first time in many many years — she had to think first and melt her inner ice. But no, that wasn’t what was going on, and I guess I should have known better, because that would have been too psychologically interesting for this movie. After the man turns out to be a child molester and she kills him, she explains to the police:

Once before a man’s kiss tasted like that. He was put away in a psycho ward. I got the same taste the first time Grant kissed me. It was a … what we call a naked kiss. It was the sign of a pervert.

If that kind of dialogue gets you going, this movie has what you’re looking for. But I think for most people, watching the trailer is probably a better choice than watching the movie. It’ll get you there and back in 2 minutes.

Incidentally, our next selection is Samuel Fuller’s previous movie, Shock Corridor (seen all too obviously on a marquee in The Naked Kiss), which I think might be about that very psycho ward she mentioned.

It’s hard to judge the acting as such, but Constance Towers certainly acquits herself well enough, and given the broad range of nonsense that is asked of her, that’s a real achievement. Look, she’s still going strong!

I didn’t know about Samuel Fuller before this. Having read up on him, it’s still hard for me to tell just how obscure he and his movies are. A problem with the internet is that if you look anything up, you’ll find out plenty about it, be it Shakespeare, Marlowe, or Dufelmeier. Sometimes all you really want to know is whether it’s worth knowing. The internet can’t help with that.

Hm. I just listened again now and this time it seemed pretty straightforward. The mind can be a funny thing.

I was actually torn in choosing this as the music selection, because by far the most memorable and prominent musical cue is not this bland title theme but an icky, painfully sentimental 4-minute song sequence in the middle, sung by a group of kids on crutches who are all wearing pirate hats. I couldn’t bring myself to make it the selection because it’s just too long and unpleasant to listen to, but part of me feels like choosing anything else is a lie: that is the tune from The Naked Kiss if anything is.

So I am relieved now to have learned that the song in question is not original to this movie — it’s “Little Child” by Wayne Shanklin, 1953. So it obviously wouldn’t have been right to choose it over something from the original score. That’s another rationalization, anyway. The bottom line is, I didn’t want to hear those kids singing ever again.