So bear with me here – I went to the music library and went to the piano section (MU 786.4) and checked out the FIRST score. In shelf order. Still with me?

It’s remarkable, if unsurprising, just how much of the music that has ever managed to get published and shelved in libraries is nonetheless completely forgotten. The fact that 90% of the books in the library are obscure and unloved is less specifically imbued with pathos, for me, than the fact that 90% of the music in the library is obscure and unloved, which is somehow quite moving.

Getting out and playing the alphabetically-very-first score is a typically arbitrary/systematic/arbitrary move on my part, but it’s also sentimentalism: I am likely the first person ever to embrace and consider this score – this piece of art, this expression from a fellow human being! – for its distinction of being the very first volume on the shelf. A meaningless distinction, but an obvious one. One that you’d think would at least partially have saved this one piece out of thousands from being completely forgotten. But it hasn’t at all. But now I’m here, lavishing attention on it.

He’s no Truid Aagesen but he’s definitely one of the top contenders in the “first in line” game. In general, Adolphe Adam usually wins that one, his alphabetic predecessors, Absil included, being too obscure for most purposes. If the playing field is big enough to include Absil, he’s also got to watch out for Karl Friedrich Abel – not to mention Evaristo Felice Dall’Abaco, though the Dall’ is a wild card that sometimes puts him out of the running altogether.

But this time Absil won, more power to him. Alternances is a late work, written when the composer was 75, but he seems to have been quite productive in his last years, turning out about 50 of his 162 opuses after the age of 70. Fluency of output like that, especially in an old man, seems to have meant, at least in the twentieth century, that the pieces themselves will be seen as statistics rather than known on their own terms. This is certainly the case with the later output of, say, Hindemith and Milhaud, and others who “just kept writing” – I mean, nobody knows the pieces at the bottom of this list. Some of Absil’s earlier output is known and recorded. But not known to me. And this piece, Alternances, so far as I can tell, has never been commercially recorded.

It’s got a lot in common with Milhaud, actually, with whom Absil was friends. As with Milhaud, the overall affect is easygoing and the impetus is generally improvisatory. Or exploratory. The sounds are all familiar and unexceptional Frenchy sounds; all deeply anachronistic by 1968 but I don’t have a problem with that. The piece is a continuous string of very mildly linked episodes, potentially suggesting four movements (Andante/Vivo; Con fuoco; Allegretto; Molto vivo e leggiero) fused together. But the first of these four sections follows a meandering path within itself, and the second one has some problems that I’ll talk about in a second, so the effect is a bit vague, for me, until the second half of the piece. Then things get a bit better. The third section – marked Allegretto but he surely intends something more languid – makes a bit more sense to me. It’s sort of song-like (or flute-solo-like) and has some nice features. And then the finale is a perpetual motion toccata thing, much in the mold of several Ravel finales, with a satisfying 7/8 groove. It has some problems working everything out within the restrictive texture it sets up for itself, but there are several fun effects at the very end and I’m sure it could be sold as exciting in concert.

Many details, as well as the overall sound and formal approach, reminded me of Roussel’s Sonatina (1912), which is, despite being written 56 years earlier by a less mature composer, a more assured and more interesting piece. Absil’s piece is far less muscular and flirts throughout with the danger of being too thin and too loosely knit to hold our attention. Furthermore he seems to have made some miscalculations. On the title page it says circa 14′ but, having played through the whole thing several times, trying different tempi, I cannot for the life of me make it last longer than 12 minutes, and that only by making everything too slow for my taste. The section marked “con fuoco” sounds stupid (totally senza fuoco) played slow – and yet the slow tempo seems to be necessary not just to match the overall duration, but because he throws in a few nasty bars of 16th-notes in the middle of the section that simply cannot be played to tempo unless the rest is slowed down to a drag. Maybe I’m just not getting it. But I think I am.

The weakest aspect of the whole piece is that it relies far too frequently on boring sequential repetition of static material. The sequences are always very short, but still. One of the classic earmarks of second-rate-ness.

The title, I assume, refers to the various figures involving alternation of the hands, which are prominent in several places, as well as to the general alternation of different types of material as the piece progresses (perhaps also alternation of augmented/chromatic harmonies with modal ones, as established at the beginning of the piece and emphasized toward the end).

So on the one hand, I’m saying that this is a mediocre and troubled piece. And I think that’s true. But on the other, let me say that my sentimental side also is touched by the fact that this TOTALLY OBSCURE WORK is far from worthless. The last two sections have their share of genuine charm. More to the point, I had a perfectly good time spending a few hours with the piece and getting to know it.

What does this mean, that even the mediocre isn’t so bad, and that even the better-than-mediocre is doomed to languish in anonymity? Nothing I didn’t already know, but there it is again.

To celebrate its brief time off the eternal shelf, and to nominally offer this sad visitor from the realms of oblivion a tiny chance to live a little more, I here offer up to the internet a scan of the score.

This is a violation of Belgian copyright and I will gladly remove this file if contacted by CeBeDeM, the Centre Belge de Documentation Musicale – or, tell you what, I’ll remove it if I see that more than 10 people have downloaded it. Friends, if you enjoy Alternances by Jean Absil, please purchase a copy – currently on sale for EUR 9,12 (~ $12.30). Plus shipping from Brussels, mind you.

Here is the midi I produced the last time I played it through. As I’ve said before about such things, this is far from a good listen. But it could be a helpful guide to the score. I don’t recommend listening to this UNLESS you’re using it to follow along with the score.

It is possible that my dad will do this, or that he will start it and then stop it because it is boring; it is also quite possible that nobody will do this. But I do not discount the possibility that a complete stranger will listen and follow along, just as I, stumbling unpredictably into the ghost-town-quiet websites of anonymous nobodies, have clicked on their links with genuine interest and sympathy, if not necessarily admiration. And if Jean Absil (1893-1974) benefits from it, who can say that I haven’t done good here.

Alternately – ! – if nobody ever listens to the mediocre thing I offer them, I am in that respect in the good company of Jean Absil, and the whole crowd behind him in line. 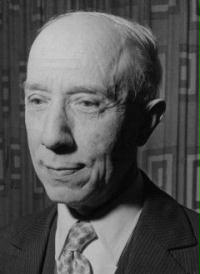 This is the new social reality that the internet puts us face to face with. We the people are like unto the millions of unknown books at the library, shelved alphabetically because any other system would get out of hand. Google can direct us to one another but we no longer can; we are greater in number than our hearts can carry.

This is what I’ve been recently saying to the two people I talk to in real life. I want to write about it eventually; obviously this isn’t the place but all this talk about Absil and websites going unread put me in mind of it so I let out a few cryptic sentences. More to come someday.

Alternances will go back to the library on Tuesday. Wish it well!