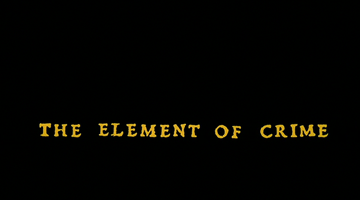 Prolegomenon
to this particular entry
after a minor hiatus

If I declared that here on my B-Log I was going to write a separate entry about each and every M&M I eat — that’s a fine project with a book deal built into it — it would be right and good for me to always keep in mind that M&Ms are plentiful. And let my writing reflect that.

That goes for those horrid ones with arms and legs, too.

Speaking of which, here’s an apparently true sentence that made me laugh when I read it a few hours ago:

“On September 24, 1982, the Care Bears franchise was launched in New York City before members of the area’s Society of Security Analysts.”

Now on to our scheduled programming.

On the disc, there’s a documentary of Lars Von Trier being quite relatable, personable, not at all the smug provocateur I had been taught to be wary of. I’ve never seen any of his other movies (except for The Five Obstructions, which doesn’t really count). Here I saw him being nervous, nervy, but basically humane and well-intentioned and sensitive, and felt comfortable, retroactively, with the movie I had just watched.

It’s a high-fangled film-schooler moonshot, Von Trier’s first movie, something made by some very young guys with big big artistic ambitions. They mostly succeed. Yeah, there are some problems with proportion, and maybe also problems with funness, but I admire the moxie and the love of craft and the basic, undeniable level of aesthetic achievement. Willfully unappetizing though it may all be.

Actually I can’t even complain that the aesthetics are of no value to me, because that’s not true. I’m interested in trance and hypnosis and states of consciousness between waking and sleep, and so is the movie. That’s the explicit justification for the high-MTV bad-dream stylings — the protagonist gets put under hypnosis at the very beginning, to explore his repressed memories. But I think it’s also the actual rationale for all the artsy choices, and I respect that.

The whole thing is a sopping yellow nightmare, the slow dripping sickly kind of nightmare that never makes quite enough sense or reaches quite enough of a crisis to wake you up. It’s all shot in Piss Christ underwater sepia and its attention oozes around nauseously like your mind when you’ve got the flu. That’s the project and that’s basically the achievement. Hooray, you did it!

You might read that The Element of Crime is a “take” on detective-movie conventions, but I came to it expecting post-modern gamesmanship (or some kind of Alphaville gaseousness) when in fact it’s not at all like that. It’s really just that its subconscious has been fed some movies and is using them to give form to its uneasy arthouse dream, which is another sort of beast entirely. If you’re here for “neo-noir,” you’re outta luck. Sure, there’s a crime and an investigation and a solution and a twist and all that, but they only function the way those things do in my real-life dreams: as borrowed bodies for my churning emotions. I admire how conscientiously it’s been done, in fact. In the abstract.

In the actual viewing, though — when I don’t “admire,” I just watch — all it could be was, at best, simply like having one of those dreams. Except not half so intense, because it’s just a movie. I respect the effort but maybe Von Trier aimed a little high for his first film (“hey look at me everybody!”) — it’s like he deliberately addressed himself to the most incommunicable experiential state he could, the feverish sub-dream. Something of it comes across, but of course it’s not the thing itself, just a careful evocation of it. Given how bodily overwhelming the thing itself is — and how that’s the point — a mere evocation feels a bit pale and conceptual.

Having seen the interviews on the disc, I’m sure Von Trier was getting at stuff that was true for him, that he pulled up from an honest place inside. The psychology of the plot is, I see in retrospect, fairly astute. I’ve sent a lot of people to the video of Fritz Perls telling a woman to say “I” about each of the elements of her dream, to recognize them each as a facet of herself. She’s recounting a hopeful dream. This is basically the nightmare version of same: The world is horrifying, eh? Now say “I,” “I am horrifying.”

I believe in that. But this is not in the least a therapeutic movie. Like I said about Autumn Sonata: the writer’s psychological insight hits its limit, and then we’re left with the authoritative assertion of the inevitability of whatever scares him. That said, it was relatable. I found the very final moments of The Element of Crime effective and unnerving.

I can relate to what scares Lars Von Trier. Let’s call it “I.”

This is all meant to be enthusiastic faint praise, and not more. I admired it, with some condescension, and only very slightly enjoyed it. It was, to be honest, a bit tedious. It’s a mega-artsy first film about being in a nauseating monochromatic trance. Do the math.

Basically, it’s no Mary Poppins. But it has its virtues.

Music is by Bo Holten. It’s all trudging, ominous lugubriousness, exactly in keeping with the visuals and as such does its assignment very well. Hooray for you, too!

There are some much longer, more hair-raising cues than the following, but not a single piece of music is entirely in the clear — every musical moment has been layered with either muttering or sound effects. In fact even this selection is just the exposed tail end of a cue that had been running under a scene of dialogue. And even this has some sfx. But it’s what there is; everything else was even less usable. Anyway it’s all very much in the same vein.

This is the music from the “dead horse hanging from a crane” scene. Which I’m just now reading is a visual quote from Eisenstein. I wasn’t aware. But I was aware that opening shot of a struggling horse was a direct quote from Andrei Rublev. 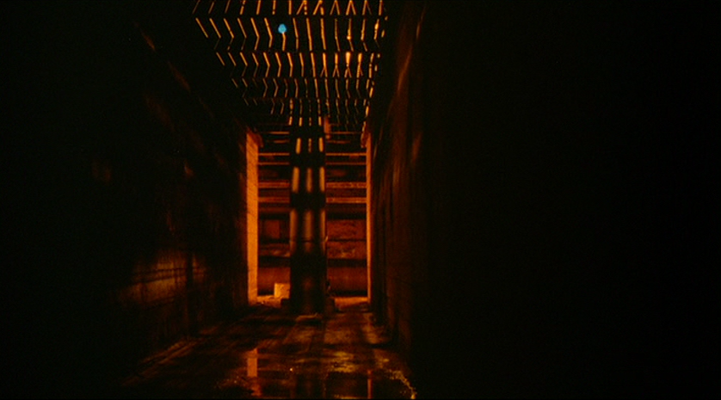